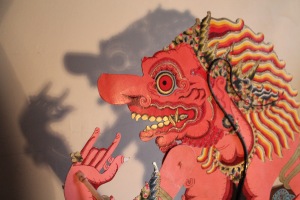 Have you ever noticed how the pilot episode of a sitcom is weaker than the first series? The acting is wooden and the dialogue shrill. Themes and conflicts are introduced so emphatically that the characters seem like caricatures. Series get better as the writers and actors find their groove.

All of this came to mind as I reread the opening scenes of my novel. They were my pilot episodes and they suffer from all the vices listed above. It is clear I will have to edit those scenes quite heavily. The good news is that I also notice that my craft has improved in the course of the writing process.

I can spot the newbie errors now: too many adjectives, too much backstory, shifting the point of view to a different character within the one scene. Tsk tsk.

I think my story holds up even though its pacing is slow, and that I have created believable and well-differentiated characters.

But I may be deluded, of course. I also thought, quite smugly, that I had really nailed the teenage slang in some sections of dialogue. That was until my youngest daughter put me straight. “No one my age speaks like that, dad,” she said. Oh well, it’s always cathartic when the illusions topple.

It also struck me that I feel quite at home describing thoughts, feelings and emotions. Where I am out of my comfort zone is when I have to describe something practical, like a latch on a door, or a car taking a corner at high speed. That’s when it gets quite rarefied, when it is easier to describe a fictional world than the one outside your door…

Oh yes, the update. Scrivener tells me I have now cobbled together 81,320 words, which means I am 74% into my first draft. Still enjoying it, still learning, still smitten with Scrivener.